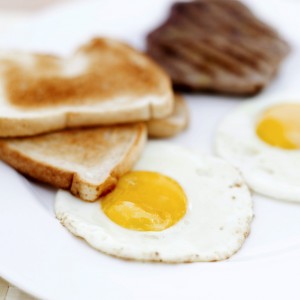 We hear it in the news, we hear it from our doctors, we hear about it from all kinds of sources – cholesterol needs to be lowered! It’s almost as though cholesterol were some evil entity that must be conquered at all costs, or shouldn’t be in your body at all.
That is why I’m writing about it. While high cholesterol has been linked to cardiovascular disease in many studies, I felt that you deserved to also know… the rest of the story.

What is cholesterol?
Cholesterol is a lipid (fat) found in cell membranes. It is also classified as a sterol, which comes from the words steroid and alcohol. It is the principal sterol made in the body.

What does it do?
• It is a necessary building block for cell membranes, and promotes the proper permeability and fluidity of those membranes over a wide range of temperatures.
• Some research suggests that it might act as an antioxidant. (Smith LL (1991). “Another cholesterol hypothesis: cholesterol as antioxidant”. Free Radic. Biol. Med. 11 (1): 47–61. PMID 1937129.)
• It aids in absorption and metabolism of fat-soluble vitamins, including vitamin A, D, E and K.
• It is the major precursor in the synthesis of vitamin D, as well as several hormones, including cortisol, aldosterone, progesterone, various estrogens, testosterone, and their derivatives
• It may be involved in cell signaling processes – assisting in the formation of “lipid rafts” in plasma membranes and reducing plasma membrane permeability to hydrogen ions and sodium ions (Haines TH (2001). “Do sterols reduce proton and sodium leaks through lipid bilayers?”. Prog. Lipid Res. 40 (4): 299–324. PMID 11412894.)
• It’s an important part of bile production, which is needed for digestion of most dietary fats.
• Bile salts also having bactericidal actions on many invading microbes that might enter the body with food.

Where does it come from?
Most cholesterol is made inside the cells of your body by something called the endoplasmic reticulum (ER). About 20 to 25% of the daily cholesterol produced takes place in the liver (approximately 1000 ml per day).
Of the cholesterol that is put into the intestines from bile production, 92 to 97% is reabsorbed and recycled, with the help of intestinal bacteria.
Dietary cholesterol has long been blamed for increased cholesterol levels in the body, with eggs being a popular food to blame, but there are studies coming out that contradict this commonly held belief. One study, done in Thailand, showed that increasing the consumption of eggs in the diet actually decreased overall cholesterol at the same time as increasing the “good” cholesterol. (J Med Assoc Thai. 2008 Mar;91(3):400-7.)

Some thoughts
Too much of a good thing is still too much.
It’s obvious that we need cholesterol for a variety of important functions in the body. We also know that cardiovascular disease has become a huge issue in the last 100 years or so, and our modern western diet has changed significantly in that time as well.
Therefore, eating a healthy (along with various lifestyle changes such as exercise) and varied diet, rich in colourful fruits, nuts, seeds, cereals, and vegetables, is probably one of the best things you can do for cholesterol balance and cardiovascular health. Many plants contain sterols and stanols, which compete for absorption with dietary and biliary cholesterol and thus can decrease the absorption of cholesterol by approximately 50% (Herb Clip). The soluble fibre in these foods, as well as psyllium, oat bran, barley, and flax, can also be a benefit in management
of cholesterol in the body (Herb Clip).
Reducing dietary fat intake may reduce the need for cholesterol containing metabolites in the digestion and utilization of fats.
Many medicinal herbs are used in cholesterol management. Some of these include, Ashwagandha (Withania somnifera) (Phytomedicine. 2007 Feb;14(2-3):136-42. Epub 2006 May 18.), Red Yeast Rice (Monascus purpureus) (Clin Exp Nephrol. 2008 Jun;12(3):189-94. Epub 2008 Mar 26.), Dandelion (Taraxicum off.) (Clin Chim Acta. 2002 Mar;317(1-2):109-17), Garlic (Allium sativum) (Mol Nutr Food Res. 2007 Nov;51(11):1365-81.), dark chocolate (Free Radical Biology and Medicine Vol 37, # 9, Nov 2004, pg 1351-1359) (http://www.medscape.com/viewarticle/581274) and Flax. (Rev Med Chir Soc Med Nat Iasi. 2005 Jul-Sep;109(3):502-6).

2 thoughts on “Cholesterol – the Rest of the Story”