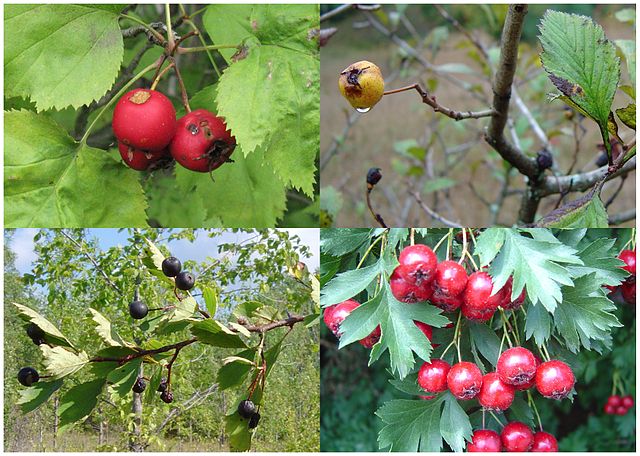 Hawthorne (Crataegus spp.) hasn’t been the subject of modern studies to the extent that one might expect, but the more it is the more it reveals that the traditional reasons for using it are spot on.

Traditionally it (esp. C. oxycanthoides) has been used for congestive heart failure, to promote healthy blood vessels, hypertension, palpitations, and angina pectoris. More recently it has been used for atherosclerosis and high cholesterol. Some herbalists say that they also find it useful for autoimmune conditions (such as sinusitis) and attention deficit.

There aren’t many human studies out yet, but one studying the effect of Hawthorn on patients with stage II heart failure looks promising, in that it reduced symptoms that these patients normally experienced with exertion .

A study on rats demonstrated a significant effect in preventing an irregular heartbeat.

Another study shows the effectiveness of Hawthorn at reducing cholesterol and shows us how it does so. It increased LDL receptors in the liver and increased the amount of plasma cholesterol getting into the liver where it is broken down into bile acids, which are an important part of fat digestion. At the same time it reduced the production of cholesterol by the liver.

The berries have also proved to be useful as an anti-inflammatory, in rats, for the digestive tract. It had anti-microbial activity as well, being particularly good against Micrococcus flavus, Bacillus subtilis, and Lysteria monocytogenes.

Depending on which herbalist you go to there are differing opinions as to which part of this shrub is the most active. Some say it is the leaves and flowers while others say it is the berries. Personally I was taught that it is the leaves and flowers, and I have certainly seen the benefits that they provide for my clients. Of particular note has been the change in pulse rate. Clients that have come in with an irregular pulse that were subsequently put on a formula containing Hawthorn have come back with a pulse that is very regular. Another thing that I’ve found is that many clients, when they initially take a formula containing Hawthorn, exhibit a slightly increased blood pressure about two to three weeks after starting the herbs, but that it goes down after that. Since Hawthorn is used by herbalists to aid the body to “normalize” blood pressure, and can be used in cases of low blood pressure, there may be something about this normalizing process that causes the slight initial increase in the hypertensive client.

Given what is still being learned about the effect of anti-oxidants and proanthocyanidins the effects attributed to Hawthorn are not that surprising. It is considered by some to be a collagen stabilizer, and this may explain its effect at normalizing the blood pressure and pulse.

Hawthorn has a good track record for safety. A study using a combination of Passionflower (Passiflora incarnata), Valerian (Valeriana off.), and Hawthorn in mice, rats, and dogs, demonstrated that high doses showed no toxicity . Adverse effects, if they occur, are rare. If they do happen they are usually mild, such as gastrointestinal upset, nausea, and palpitation. If it causes these symptoms, the dose should be reduced.

Hawthorn does have some actions that may be a concern if you are taking heart and/or blood pressure medications. For example some of the phytochemicals in Hawthorn have similar action to ACE inhibitors. Thus it is wise to consult your doctor and herbalist if you want to incorporate Hawthorn safely into your health care program, since drug dosages may need to be adjusted.

If cardiovascular health is an issue for you, you might want to consider what benefits Hawthorn has to offer.

Available here from our store.