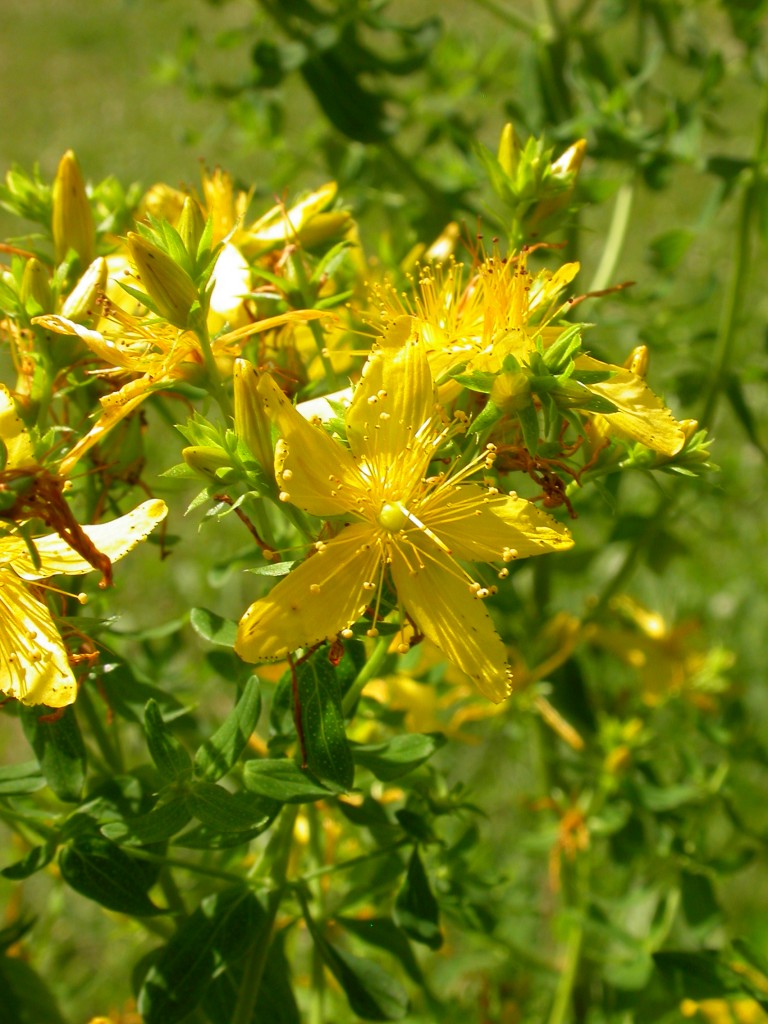 When most people think of St. John’s Wort Hypericum perforatum these days they think “for depression”. Yet there is so much more to this wonderful herb than just an aid in depression.
Traditional uses
Traditionally the herb has been used:

Uses and Potential Uses Supported by Modern Science
Many traditional uses for this herb are being supported by modern day studies. Here are some:

How it works
Many different constituents within the herb contribute to it’s actions. For example, the antidepressant activity is not due to any one constituent and so the activity of this plant is not completely under- stood. One study demonstrated weak monoamine oxidase (MAO) inhibition, but the action is so weak that it doesn’t explain the plant’s antidepressant activity. While hypericin is considered an MAO inhibitor, more recent studies show that other constituents of St John’s Wort are also active. Therefore it is best to purchase whole extracts of the plant rather than those that are “standardized” to any individual constituent because a single constituent has not been determined for the overall antidepressant activity of the plant. [36]
Cautions
There are times when it is best to be cautious, or not use this herb. Light sensitive individuals should avoid prolonged exposure to UV light. Although photosensitivity is very rare when taken within the recommended dosages. This plant has a very low toxicity. However, it may cause serotonin syndrome in sensitive individuals (two cases reported), and care should be taken when on drugs that are very dose sensitive because St John’s Wort uses the same pathways for metabolism as many conventional drugs. Therefore caution is advised when on antidepressants, anticoagulants, immune- suppressants, certain anti-HIV drugs, and anticancer drugs.
There has been some concern expressed about the potential of St John’s wort to interfere with the effectiveness of the oral contraceptive pill, but evidence so far suggests there is no cause for concern. [37]
In pregnancy and lactation it is best to only use it when recommended by, and under the observation of, a qualified healthcare provider.
Veterinary Uses
In veterinary care St John’s Wort is used for many of the same reasons as in humans. Here are some of the conditions for which this herb has been used in animals: